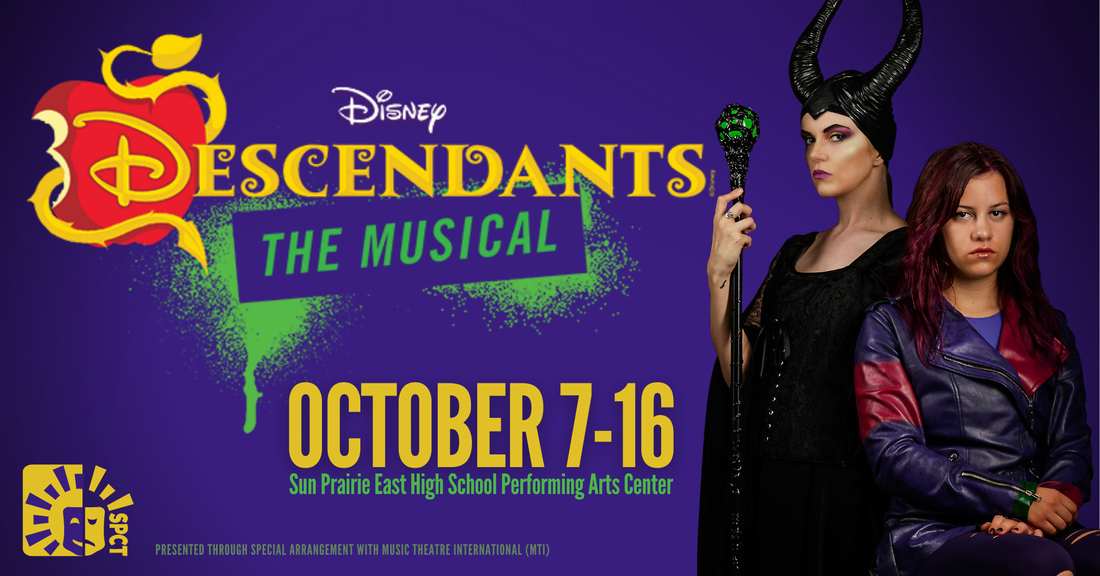 Who's the baddest of them all? Will it be some of Disney's most infamous villains (Maleficent, the Evil Queen Grimhilde, Jafar and Cruella De Vil)? Or will their troublemaking, teenaged offspring prove to be absolutely rotten to the core?

When their children are invited to attend prep school with the children of Disney's classic do-good heroes, the villains hatch a scheme to exact revenge. With mischief in their blood, will the Evils follow through with the plan and restore their parents to power? Or, do they have the potential to leave their wicked ways behind and learn to be good?

Based on the popular Disney Channel Original Movies, Disney's Descendants: The Musical features adventure, romance, plus the characters and hit songs from the films. A great outing for the entire family.