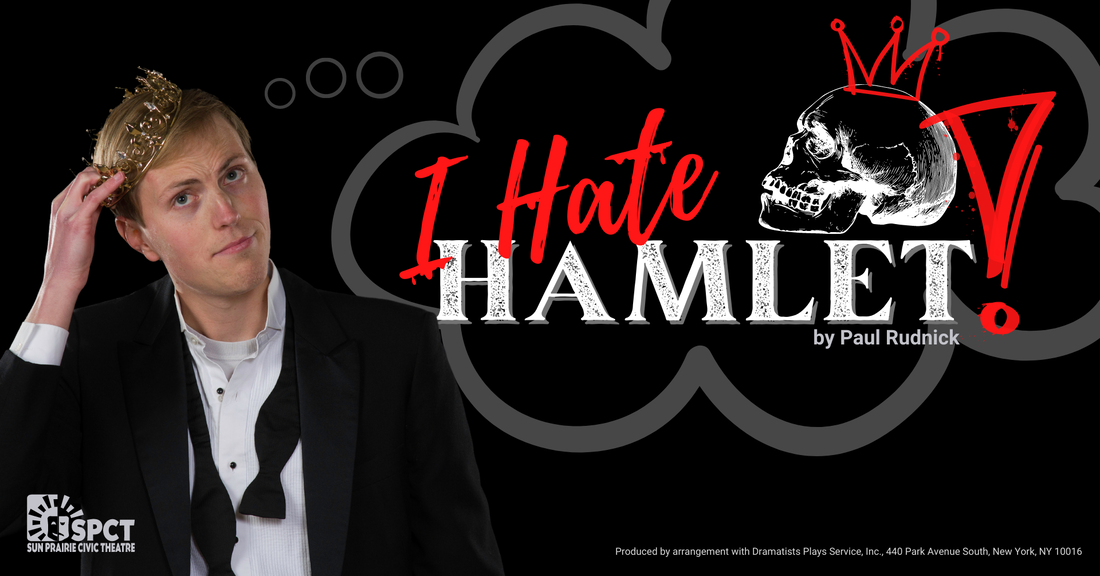 A dramatic comedy about fame, love, duty and whether anyone still cares about Shakespeare.

Television star Andrew Rally seems to have it all. Fame. Celebrity. A beautiful girlfriend. The perfect New York apartment. And, what may be a once-in-a-lifetime opportunity to play Hamlet in Central Park.

Only, things aren't as perfect as they seem. Andrew's hit television series has been canceled.  His girlfriend is committed to "saving herself" until marriage. And, to top it off, he hates Hamlet  ... the part, the play, everything about it.

Worried about his career, and unsure of his talents as a stage actor, Andrew doesn't know what to do. His girlfriend wants him to be the romantic hero of the stage. His Hollywood friend wants him to pursue a lucrative TV deal. And, help ends up coming from a most unlikely source when the ghost of famed Shakespearean actor John Barrymore makes a grand appearance.

From the moment Barrymore returns from the dead, Andrew's life is no longer his own to control. Bolstered by their egos (and perhaps a bit of champagne), the two actors engage in a wildly funny duel over everything from women, love, success, duty, television ... and the fact Andrew is failing as Hamlet.